I’d encourage anyone who reads this to visit this site and stick your name on there. As I’ve mentioned once or twice (thoroughly abusing this information vector which is supposed to be about music) I think Gordon Brown is a naive gimp who, while chancellor, was stupid enough to think that the Banks would reign in their own excesses.

This petition is gathering pace pretty quickly, but you’ve got until October 22nd (I think) to sign it – while I’ve had my laptop on another 80 have signed up, and in the last 4 hours it’s gathered another 400 signatures.

Ideally I’d like to see it reach millions – we should be using this pathetic politicians’ attempt to use electronic media to shout “YOU STUPID GOBSHITE” in his ear!

Posted by Base Experience at 8:31 pm No comments:

Bummer – we were going to be playing the Arches in Reading tonight, but Tony’s had a massive allergy attack (I’m not surprised, I saw the oilseed rape on the outskirts of town and it’s in full yellow smelly bloom) so it’s all off! Bummer.

I guess I’ll have to use the time to work on chops. Ah well, all in the name of live work eh?

Posted by Base Experience at 9:31 pm No comments: 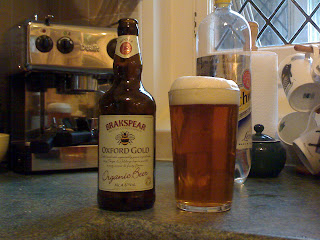 Wicked. I've been jamming to random rhythms from a steinberg loops CD and having a blast with some patches on the GR20: now a well-deserved rest. Made a latte for the first time in ages after the kitchen yielded gadgets we forgot we had (the gadgets that time forgot) and now it's Oxford Gold time.

Posted by Base Experience at 10:21 pm No comments:

Up until a short while ago, I’d save a few quid (well, 30 odd per set!) by cleaning Bass strings in a saucepan, boiling them with some washing up liquid, rinsing and drying. While it worked quite well, the strings predictably objected to being boiled in water, and eventually the core would give up on the thinner strings.

Well, recently I came across a new way to clean bass strings online – I suspect it was via the BassChat bass forum site somewhere – using methylated spirits, available from B&Q and other outlets.

In a nutshell, just take the strings and immerse them in meths, at room temp! I leave them for as long as possible (they get a lot of oil and skin in them over time, especially the way I play) in a large plastic pot which I vapour-sealed, and it works really well. The strings come out bright, but not too bright (sort of “ready played in”) and they’ll last 3 gigs or so before they need doing again.

By far the biggest advantage is that the metal isn’t corroded by this: the only thing I think might limit the life of the strings would be the wear of the frets (so I guess the fretless will do well!) and a gradual weakening of the core through age and stress.

I’d recommend it to anyone. With the price of a set of Warwick black labels at nearly 40 quid for the 6 string, it saves me a fortune – and I now have loads of spare sets as the lifespan of the strings has been increased.

Incidentally, we’ve got a few gigs coming up:

Posted by Base Experience at 11:30 am No comments:

The process of writing. Don’t let anyone fool you, writing songs isn’t easy. It’s the easiest thing in the world… except it isn’t. If you’re like me, and you tend to over-analyse and criticise your own work, it can be hard to persuade yourself you’ve created something of enduring quality.

This might help explain why, when I’m in the right mood, I do come up with the odd funky line, idea, motif, theme… but the arrangement is harder, and the ideas don’t come easily when you’re trying to find the middle 8, or a better bridge, or some useful rhythm device…

So today’s little session at Da Cube studios just goes to show that I can do some of my best work when I don’t have to write the song – alone!

This tune is a cracker. It’s come out really nicely. When it’s available somewhere… I’ll let you know. As a taster, it’s got a hard start which could be P diddy’s if we mix is right. The ending is totally different though. Wicked grooves.

Posted by Base Experience at 9:45 pm No comments:

Well, I've got Long Road out of Eden playing at the moment - it's a bit saccharine in places, this double album, but not bad fare for having been out of the limelight for a while.

However, the lyrics for Long Road out of Eden itself seem very VERY relevant right now.

Silent stars blinking in the blackness of an endless sky
Cold silver satellites, ghostly caravans passing by
Galaxies unfolding; new worlds being born
Pilgrims and prodicals creeping towards the dawn
But it's a long road out of Eden

Music blasting from an SUV
On a bright and sunny day
Rolling down the interstate
In the good ol' USA
Having lunch at the petroleum club
Smokin' fine cigars and swappin' lies
Gimme 'nother slice o' that barbecued brisket!
Gimme 'nother piece o' that pecan pie!

Freeways flickering, cell phones chiming a tune
We're riding to Utopia; road map says we'll be arriving soon
Captains of the old order clinging to the reins
Assuring us these aches inside are only growing pains
But it's a long road to Eden

Back home I was so certain
The path was so very clear
But now I have to wonder; What are we doing here?
I'm not counting on tomorrow
And I can't tell wrong from right
But I'd give anything thing to be in your arms tonight

Weaving down the American highway
Through the litter and the wreckage and the cultural junk
Bloated with entitlement; loaded on propaganda
And now we're driving dazed and drunk
Been down the road to Damascus, the road to Mandalay
Met the ghost of Caesar on the Appian Way
He said, "It's hard to stop the binging, once you get a taste"
"But the road to empire is a bloody, stupid waste"

To re-iterate: Gordon Brown was responsible for the light touch which helped make sure we got into this mess. He is now trying to spend us out of it.

When are we going to get the chance to wake up?

Posted by Base Experience at 4:56 pm No comments: